Juarez, Mexico, formerly known as “The Murder Capital of the World”  has experienced more than 11,000 homocides and 150,000 have fled the violence. Thousands of businesses have closed, people are terrorized by drug cartels, 10,000 orphans live in the city and believers are persecuted. There is little or no law enforcement many police and the federal police have fled. The church was targeted by the cartels and many closed their doors to avoid the extortion, kidnapping or murder of their family members when a “tribute” couldn’t be paid.

Lawlessness and death prevailed over the city. People werea afraid to leave their houses for fear of violence. Most people have stopped visiting Juarez completely because of the volatile nature of the drug cartel violence activity. Everybody in the city has been affected. The children have seen too much and thousands of them have been orphaned in the midst of the war raging in the city for the past 5 years.

Is the transformation of a city like Juarez possible? We’re standing on God’s promises to make desolate and forsaken places “married” and “delighted in” (Isa. 62). God is a Redeemer and there is nothing beyond the scope of His redeeming power– our hope and faith rest in what He has already accomplished on the cross.

At the invitation of the pastors of the city and with the permission of the Lord, I visited Juarez and shared the hope and vision of presence-based transformation.  It was very intense. The atmosphere of the city was terrifying. But the glory of the Lord that came in our meeting was much more terrifying! He came with such tangible presence into our meeting. I poured out my heart for 3 straight hours and we cried out to the Lord together for the city. The pastors prayed with such desperation, crying out to the Lord for mercy for their city and for their own hearts. 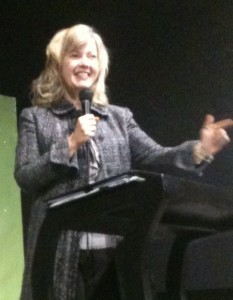 When I shared testimonies of what the Lord has done in transforming communities and His goodness and mercy, many wept openly as hope touched their hearts. 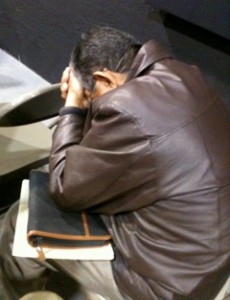 Thousands of believers in Juarez have now participated in our “Face to Face” consecration with dramatic and miraculous response from heaven. He has unified a praying people andestablished a spiritual family out of the fearand desperation,bringing a vision of hope and transformation to the city and it’s people.

The result? Within 3 months theatmosphere of the city began to change, cartel activity slowed and crime rates dropped. Within 6 months the murder rate plummeted by 59.8%! The crime rate by 75%! The economy is rebounding, and life has returned to the city – all reported by secular media sources including the Washington Post, Forbes, CNN, etc. To read about this amazing transformation view the news reports.

God is doing many things in Juarez and working through His faithful people in many places. But we believe that the fruit that we are seeing is a direct response to the humility and repentance of the leaders and people who are following God’s prescription in 2 Chron 7:14. They are doing their part – and God is doing His – He has “heard their cry, forgiven their sin and is healing their land”! God’s word works!

Pastors and leaders in Juarez are now intentionally pursuingpresence-based transformation and partnering with us to see God’s glory manifest in the city! 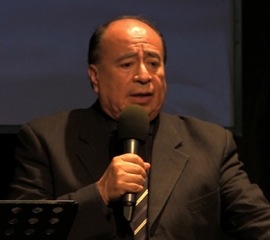 The most important thing that I see that God is doing in Juarez is bringing us a conviction of how desperately we need the help of God. When Rhonda and the Fusion Team came and they taught us as a team how to embrace things that perhaps we have even taught before but have failed to live out – the message that 2 Chronicles 7:14 teaches us, “If my people will humble themselves.” And it caused us to make a diagnosis that we are wrong, that we are prideful, that we like bringing attention to ourselves.

We compare our big ministries and we only dedicate our schedules to our ministry and not towards our unity or self-assessment to understand what is wrong. So during the consecration process, 15-20 churches had to come to grips with this: that we have sinned against God. When they put in my hand the face to face guide I began to read page after page. And each day I would read, I would feel more of the presence of God convicting me about the Church and how we have to experience that humility humbling ourselves on our knees and lifting our faces to God to tell him how hungry and how thirsty we are for His presence.

During this process, I would hear in the middle of the night, about 3 or 4 in the morning, the cries of many people on the floor broken-hearted just imploring their heart to God for forgiveness and I would kneel down right there with them and say, “Here I am with you, and even more so with you.” It was just something so beautiful.

Coincidentally, violence started to decrease from around 12-13 murders a week. We know that there are still murders happening, but now there’s just two.]Another thing that has also surprised me is the answer to our prayers to have a house of prayer. Prayer is fundamental to a citywide transformation and consecration.

And so now we have established and consecrated our new house of prayer. We are returning to learn really how to pray. One of our future goals is to learn how to sing in the spirit and to sing our prayers, how to pray out of the Word. Yes, of course, we’re going to be interceding and everything that requires, but the intercession that we’ve done in the past, we’re realizing has just been this monotonous process because we just come and pray for our own needs. We might pray for the election or the economy but we do it while we’re far away from God. What we have learned is that this is not correct. We must first draw near to Him and then later in humility make our request.

The house of prayer that we have now consecrated is the basis of the transformation that is happening in our community. The house of prayer will be the primary incense that will begin to rise as a fragrance to God that God would continue to have mercy on us. Brothers and sisters, I am so very happy and I feel favor from the Lord that He would fix His eyes upon us as a city of Juarez, a city in ruins that has such a horrible image around the world. But today we are seeing His promise being fulfilled because He sees the forgotten and the rejected to bring glory to His own name. So I’m so very thankful to be able to serve on this transformation team.

The Children Are Key 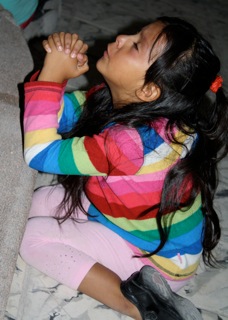 At the heart of all God is doing in Juarez is an orphanage. Two of the leaders in the orphanage, Adam Sebastian and Becky Gomez have Kingdom calls on their lives to raise up an army of praying children in the city of Juarez. They are passionate about God transforming their city and they are committed to calling the church to consecration, prayer and worship – including the children at the orphanage! They have gathered a team including teens to serve in the ministry with them who were raised in the orphanage – that’s redemption!

The Lord has spoken to us very clearly that the “children are the key to the transformation of Juarez”. We are committed to integrating everything in the ministry there to connect the hope for transformation to the house of prayer to the children praying from the orphanage!